Michaela Dobson, a doctoral candidate from the Faculty of Science, has become the first New Zealander to be awarded the Lunar and Planetary Institutes Eugene M. Shoemaker Impact Cratering Award. She has recieved this award because her research samples may be impact spherules, meaning they formed when a giant meteorite – a similar size to the one that killed the dinosaurs – struck Ancient Earth. If an impact origin is confirmed, it will become the oldest evidence of an impact event in the geologic record.

Michaela is also part of a team that has developed an online space science workshop for school students around the Origin of Life. The team, which also includes students from the University of New South Wales and McMaster University, was awarded the U21 Researcher Resilience Fund for their project. This workshop allows students to use real scientific data to undertake scientific methodology, thus drawing their own conclusions about the research. She hopes this workshop online status will allow it to be more accessible for students in a pandemic world, while also allowing students who would not normally have these engagement opportunities, such as rural students, to participate.

Find out more about Michaela’s awards 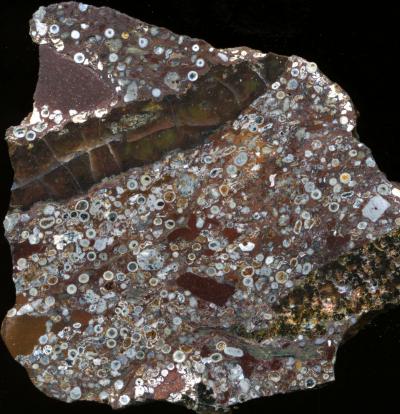 An example of impact spherules in hand specimen, dated 2.63 Billion years ago and found in North Western Australia

Choice of words matter when discussing mātauranga Māori and science